Modern farming methods will determine the future of agriculture 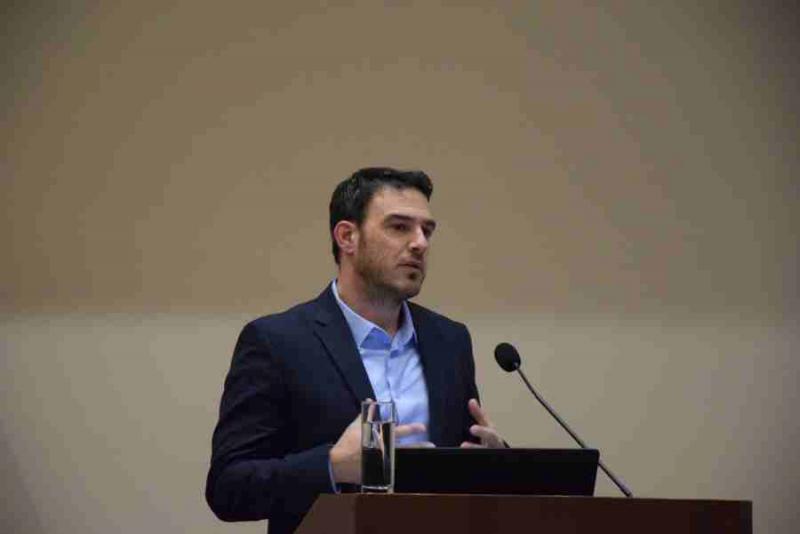 , the cooperations and the business approach of the primary sector comprised some of the main pillars of the discussion which took place during the workshop titled “Perspectives of the Rural Sector in Messinia 2017”, and was held in Kalamata.

The event was organised by the “Captain Vassilis and Carmen Konstantakopoulos” Foundation as part of the activities intended to make the region of Messinia a model for sustainable rural development.

The former rector of the Technological Educational Institute (T.E.I.) of Peloponnese, Dimitris Velissariou, mentioned that in recent years there has been a noteworthy wave of return to agriculture and pointed out the need for a body to support, offer co-ordination and promote the agricultural sector. Talking about the potential of the agricultural sector, he referred to the certified production methods that add value to the product, to the organic farming, the producer groups, the branding, the exports, the innovation, the restructuring and the extroversion. He obviously noted that “the so called conventional agriculture should come to an end” and also presented comparative data.

Dr. Anastasios Darras, assistant professor at the T.E.I. of Peloponnese, presented data of the current development in the study on 3 rare species that grow on Taygetos; the medicinal plants Nepeta camphorata, Sideritis (mountain tea) and Hypericum (St. John’s wort). Until now, their growing location has been indicated, their botanical characteristics have been recorded, soil samples and reproductive material have been taken, new plants have been produced and biochemical analyses have been conducted. During the following year, test and experimental crops will be carried out on Taygetos and at the TEI, while contacts with companies for their commercial exploitation through the creation of new products will follow.

Sotiris Lymperopoulos, the co-owner of the company “Radiki”, spoke about the establishment and development of the company up to day and referred to the effort to develop sales in Greece and abroad. Mr. Lymperopoulos mentioned that the biggest obstacle he faced was the state itself and that “when trying to do business, you live in an unstable environment”. However, “Radiki” keeps on with exports of citrus and dried herbs, because, as he pointed out, nothing can beat patience.

Dimitris Tsoukalas, the former president of the Community of Anavra in Magnisia and president of “ΑΝΑVRA-ZO» Voluntary Organization, described how his region, which had for 10 years the greatest development in Greece among the local authorities, could work as an model for other areas of the country, and he highlighted that we must have requirements from the local government, because it can really contribute to the rural development of a region.

Finally, Ntinos Stergidis, the president of “Athena” International Olive Oil Competition, referred to the importance of the contests by providing information about the last one which was held in Messinia and talked about the perspectives and opportunities offered by international competitions.

The event was opened by Xenofon Kappas, the general manager of the “Captain Vassilis and Carmen Konstantakopoulos” Foundation. Periklis Mantas, the thematic regional vice-governor, gave the welcoming speech. Coordinator of the workshop was the journalist Kostas Tsaousis.