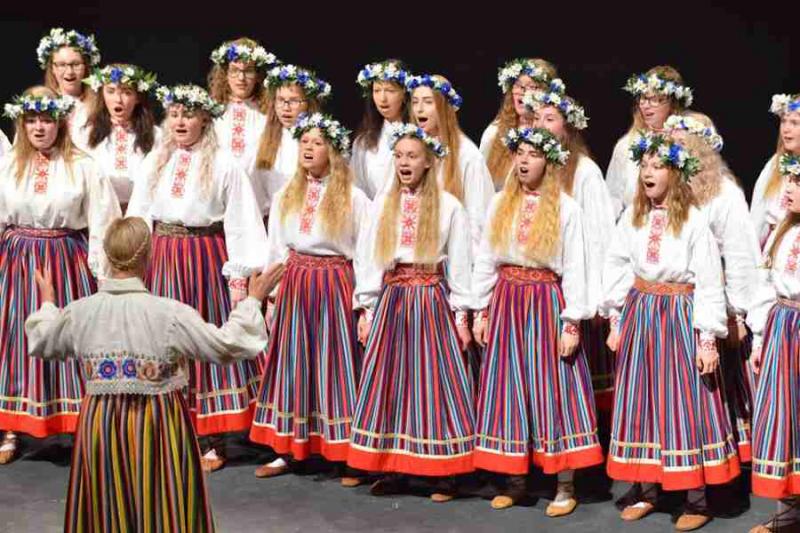 More than 2,000 choral performers at the great fest of choral music

The participation of about 2,000 choristers from 52 countries in the 2nd International Choir Competition and Festival, which was held in Kalamata from 11 to 15 October, meet high expectations for the future of the event. The preparations for the 3rd organization in October 2019 have already commenced with choirs from all over the world showing significant interest.

The great festival of choral music, organised by the Municipality of Kalamata and the Interkultur, was attended by choirs from the following countries: Bosnia and Herzegovina, Brazil, Denmark, Estonia, Israel, Italy, China, Cyprus, Malaysia, Norway, Romania, Russia, Sweden and Greece. They managed to give excellent musical moments to those who attended the performances not only in the venues of the competition but also in public places.

At the festive closing ceremony, the awards were given in an atmosphere full of enthusiasm. The big winners were the choirs of the UiTM University from Malaysia with two first places in individual parts of the competition and the Grand Prize for the Women's chorale, Cantelena choir from Patras with several high-ranking achievements, and Li-Ron children's choir from Israel that ranked first in the Sacred Choral Music Category.

The choirs from Kalamata: Melifono, Allegri, Armonia, Choriambos, the traditional music choir of the Municipal Conservatory of Kalamata, Melifono young choir, the mixed choir of Music School of Kalamata, Byzantine Music Choir “Choreuma” and “Orpheus” were also distinguished in the competition.

Read the greek and english version of the issue here

The photos are taken by Tasos Vamvakas.