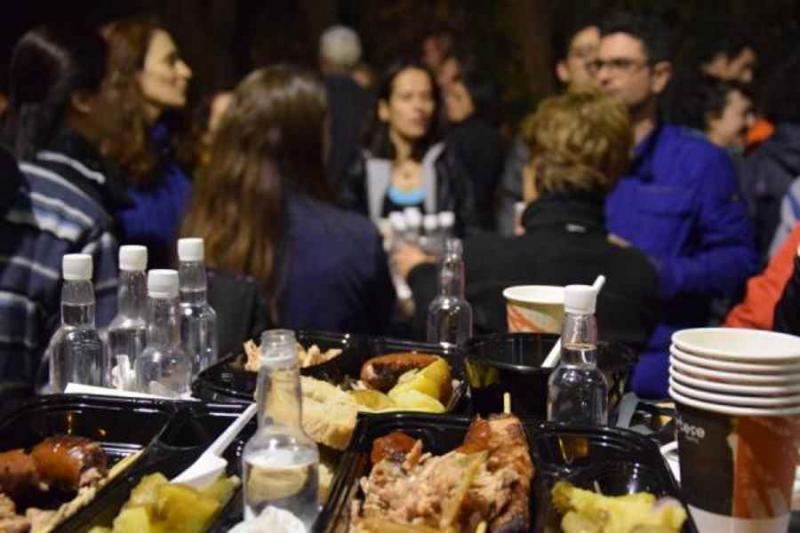 With its motto “Tsipouro... Connecting People”, the Tsipouro Festival 2017 was held  on the last Saturday of October in Georgitsi, Lakonia.

The festival has been organised since 2003, when the eager inhabitants of the village made the beginning. It goes on to this day sponsored by of the Cultural Association of the village, the Local Council and the residents. It takes place in the park called Karvounorema and is an ideal opportunity for lots of visitors to wander along the paths of the village.

On the evening of the celebration, more than 90 athletes of the “Path of the Immortals” passed through the village. The runners, from Greece and abroad, participated in the ultra-distance foot race of 142 km, crossing the route Tripoli - Sparta - Mystras - Kalamata.