Young Farmers stay in the sector... 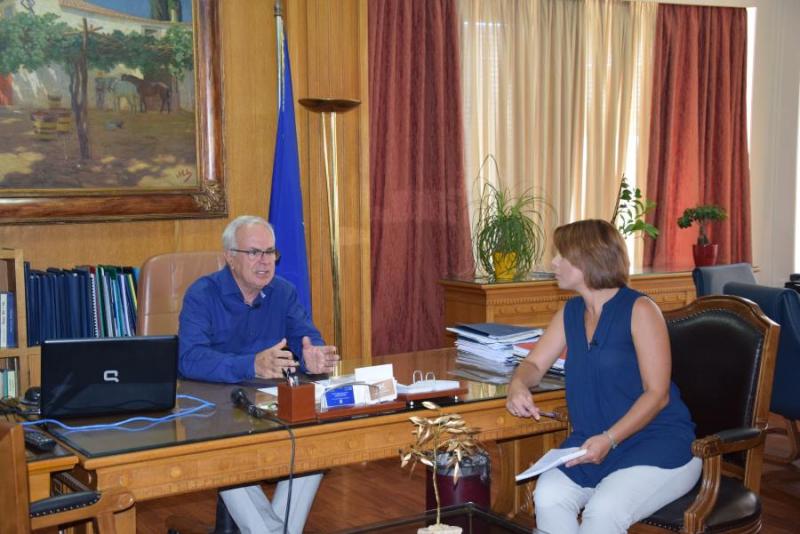 Vaggelis Apostolou: The aim of the Ministry is to support the young farmers

The intention of the Ministry of Rural Development and Food to find ways in order to keep young farmers in the primary sector was expressed by Minister Vaggelis Apostolou to “Εύφορη Γη” and to Kelly Dimitroulia. The Ministry is mainly interested in the programme for the young farmers in order to distribute land to them for innovative - enterprising cultivations and to reduce energy and production cost.

“The young farmers should remain in their land”

“We want the young farmers to remain in their land” and not simply to be included in the programme, says Minister Vaggelis Apostolou.

Referring to the first announcement of the programme for the new farmers, he said that the programme has almost been completed, the evaluation has already been carried out and a substantial part of the advance payment has already been given. Moreover, a programme with improved criteria is expected in regions with limited interest. As for the regions where the requests were more than what the programme provided, there is a process for runners- up. There will be a programme again, perhaps by the end of the year, and a large part of the runners- up will join it, according to the Minister’s estimation.

Especially for the region of Western Macedonia, due to the unemployment and special local conditions, it was decided that all runners-up should join the programme.

Additionally, the farmers' training process of the last programme has already begun. Although, there was a small delay in linking the young farmers with the improvement plans, the main goal of the Ministry is the young farmers not to withdraw in the second or third year, as has happened in the past.

With regard to the available agricultural land, the Minister pointed out that there is land available, which is intended for innovative cultivations such as medicinal, aromatic or fodder plants by the Ministry.

He stresses that “land distribution to young farmers for innovative cultivations is a priority”.

The reduction of the production cost

One of the biggest issues in rural areas is the production cost. Mr. Apostolou emphasized on the need to reduce energy cost in plant production, referring to the possibilities offered through the rural development programme. As he said, special concern was given for the installation of renewable energy sources, such as solar panels, so the producers will use the energy they need and provide the rest to PPC (Public Power Corporation).

In livestock farming, reducing energy cost can be achieved by using more cultivated land. As the minister explained, “this land can be used not only to take on the eligibility required by the European Commission but also to cultivate grazing stuff, avoiding the high cost of animal feed”.