We do have markets, but we do not have figs! (Video) 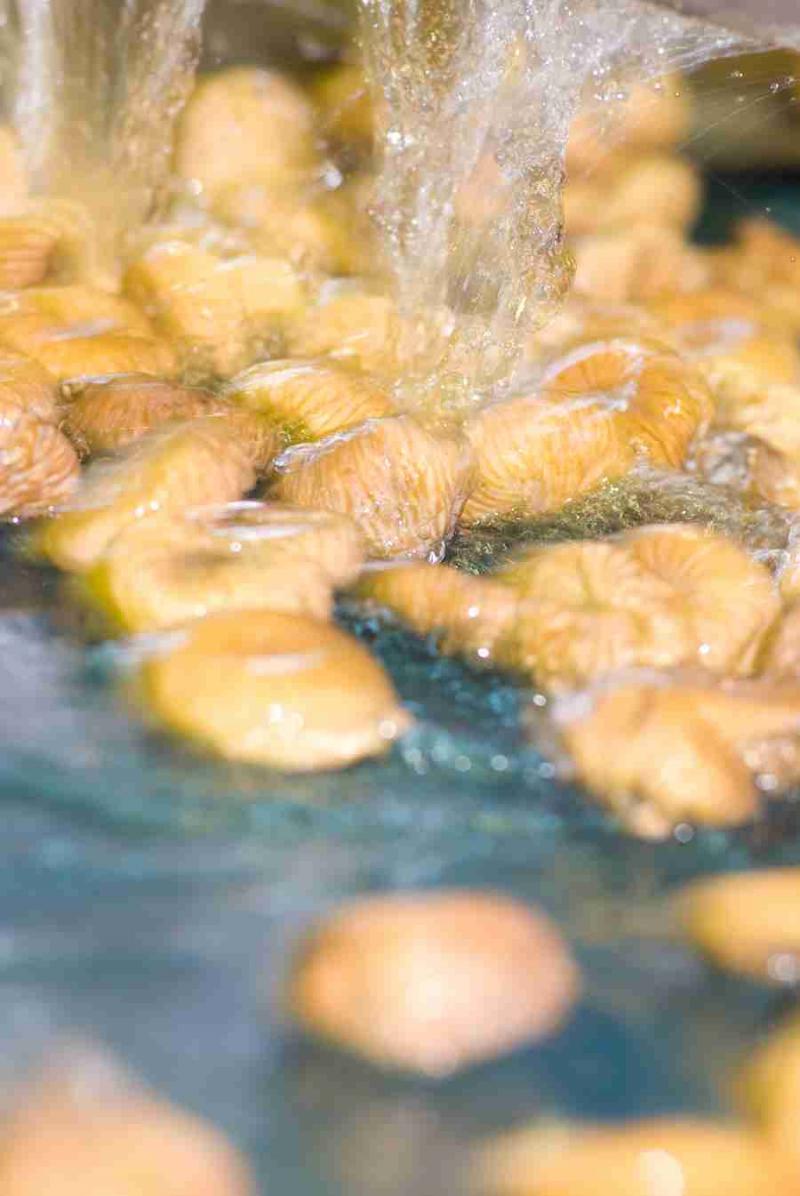 FIG: A DYNAMIC PRODUCT THAT IS SLOWING VANISHING

We do have markets, but we do not have figs!

SYKIKI shows the way that the Greek State has to follow

The lack of strategy of the State, the absence of dynamic producer groups and the small number of holdings in Greece unfortunately lead the fig cultivation to drop. This is because the trees that once offered a significant income to thousands of Greek families today are aging and no initiative has been undertaken or seems to be undertaken immediately for the reorganization of the fig fields. Today as a consequence, after several decades of cultivation, there are markets to absorb the product, but there are no figs to be provided. The statement of president of the SYKIKI Cooperative Panagiotis Papageorgiou is very characteristic: “We do have markets, but we do not have figs!”. In the recent successful exhibition in the USA, the presentation of our products brought a lot of orders, but they cannot be fulfilled. At the same time, the only measure that the Ministry of Rural Development and Food has taken for the development of the primary sector is the promotion of products through some relevant exhibitions, maybe, but they are not aware of the way in which product will sufficiency be ensured to meet the demand for exportation and to keep the farmers to their fields or even return to them.

Mr. Papageorgiou, as the president of the Cooperative for two decades already, observes: “In order for the fig to have a future, the State should help substantially with the implementation of a programme of renewal of the aged fig fields. If no measures are taken in the following years, the producing quantity will be decreasing continuously. We will even face the danger of extinction of the dried Kalamata fig.”

Fig cultivation in Greece has a long history and could be an important pole of development for the primary sector and the economy, given that it is predominantly an exportable product and in times of crisis, it can bring foreign currency to the country.

It is also characteristic that despite the reduced production, over 4,000 families live from the fig cultivation. Moreover, during the period of harvesting the figs, more than 300 people are employed at SYKIKI, while the unit employs dozens of staff throughout the year, as its services are not only for picking, disinsectisation, standardization and promotion. A number of other actions are aimed to the future of the product and its quality assurance.

We already face the risk of the extinction of the cultivation of figs. “If we do not take action, in a few years we will be looking for figs”, there are also the weather conditions in the last few years that have speeded up this procession. “Most of the fig fields are aged and after this year's heat wave, a lot of trees will be out of production next year”, Mr. Papageorgiou adds commenting that the young people who have undertaken the crops are very few and the population is aging. There are also few uncultivated areas for new trees to plant. At the same time, in many areas, even the most necessary infrastructure projects, like dams, have not been implemented. These could contribute to the development of rural area.

Mr. Papageorgiou insists that the future of crops should be the development of large, dynamic producer groups, for figs, olives, oil or citrus fruit. But: “Unfortunately we have not been accustomed to the idea of cooperation in Greece.” At the same time, the State nowadays only creates problems, without setting the required legislative framework.

SYKIKI
A dynamic presence with a turnover of € 10 million

SYKIKI is one of the most modern units. It has a modern processing and packaging facility for dried figs and the production of fig paste in Kalamata, with an annual output of 4000 tons, a complex for sanitary preservation of standardized figs and fig paste and twelve units of preserving figs in the fig producing regions of Messinia, Lakonia and Arcadia.

It has been certified according to ISO 9001: 2015, ISO 22000: 2005 and IFS, while a significant number of member producers of SYKIKI have certified its cultivation according to GLOBAL GAP and AGRO 2.1, 2.2, integrated production and harvesting systems.

Also, a significant number of member-producers are engaged in the cultivation and production of organic dried figs and at the same time the facilities of the Producers' Organization have been certified for the picking, standardization and packaging of organic figs.

Despite the decline in the production and the tough competition, mainly from Turkey, as it has a bigger production and lower cost, our products continue to conquer new markets and be exported to all the countries of the European Union, the United States of America, Canada, Australia and other countries. SYKIKI was able to be powerful and maintain customers and markets by managing to absorb all the production of the fig producers after having ensured its availability in the domestic and foreign markets.

Through its action, it decisively contributes to the local economy, as apart from its staff, it cooperates with local businesses to meet the needs of influx of either materials or services. Thus, an enlarged economic circuit is formed in the region with a turnover of more than ten million euros, according to SYKIKI.

Indeed, optimism is expressed about the future of the Greek fig in international markets, as demand grows year after year and more and more consumers recognize its nutritional value.

The fig is a product without high harvesting cost. It has guaranteed market and guaranteed income. If the crop was restructured, then the future would certainly be promising. For the time being, however, as the State is absent, SYKIKI annually shares to its members over 10,000 fig trees free of charge trying to contribute as much as possible to the planting of new fig fields.

The history of SYKIKI begins in 1929, when the “Office for Protection of Greek Figs” was established by the Greek State, aiming to the studying and applying of scientific means for the development of the production of dried figs.

With a new legislation in 1934, the Office was assigned broader responsibilities, which connected it in a more efficient way to the productive process of dried figs. At that time, the first six sterilizing facilities were established by the State.

SYKIKI makes its appearance in 1935, when it was established by various unions and cooperatives of fig producers in Messinia and Lakonia.

In 1952, the “Office for Protection of Greek Figs” was dissolved, and SYKIKI undertakes all its property, beginning its course, which continues until today.

It was the duty of SYKIKI to set up disinsectisation facilities in every region of Greece that produced figs as there was none of the Greek State. The Central SYKIKI Producers Union based in Kalamata was originally housed on Kritis Street, in order to have its facilities near the port, from where the product was transported by ships. It was then housed in the building of Evangelistria Street, where the Tax Authority is housed today, and then, when the road transportation was developed, it built its new facilities in Sperhogia, a small village near Kalamata.
Read the greek and english verions of the issue here